Roy Kaiser began tap dancing at age four and started his professional dance career by age seven. Together with his four brothers, he performed on television and across the United States, including the 1967 World’s Fair in New York. He began his ballet training at age 17 under the guidance of Karen Irvin and earned a scholarship to the San Francisco Ballet School and later with the School of Pennsylvania Ballet.

Roy joined Pennsylvania Ballet in 1979. He was eventually promoted to Soloist and Principal Dancer, performing nearly every principal male role in the company’s classical repertoire. He also originated roles in works by such noted choreographers as Peter Martins, Robert Weiss, Lynne Taylor-Corbett, Paul Taylor, Choo San Goh, and Christopher d’Amboise. In 1987, while still performing, Roy was appointed assistant ballet master. Upon his retirement from the stage in 1992, he was promoted to the position of Ballet Master. In October 1993, he was appointed Associate Artistic Director of the company under the leadership of Christopher d’Amboise and later succeeded him as artistic director in February 1995.

Under Roy’s direction, the company launched its 1994-1995 Season with a critically-acclaimed appearance at the Kennedy Center in Washington, D.C., returning in 2000 as part of the Balanchine Celebration, which featured six companies highlighting 14 Balanchine works. In August 2005, the company made its international debut under Roy with its 40th anniversary commission of Christopher Wheeldon’s Swan Lake at the Edinburgh International Festival. The company also performed at the Sinatra Festival in Portugal and the Meadows Award Ceremony honoring Paul Taylor at Southern Methodist University. And in November 2007, the company enjoyed its return to New York City Center for its first exclusive engagement in 22 years.

In June 2008, the company was invited back to Kennedy Center for Ballet Across America, performing alongside nine other companies from across the nation to showcase the depth and history American ballet. Roy returned to Kennedy Center once again in November 2009 with Pennsylvania Ballet’s critically acclaimed production of George Balanchine’s The Nutcracker®, presenting Balanchine’s version of the beloved ballet for the first time ever in Washington, DC. The company debuted that same production internationally in 2011 with a tour to the National Arts Centre in Ottawa, Canada. And in 2014, they performed for the first time at the prestigious Vail International Dance Festival.

In April 2014, after 19 years, Roy announced he would step down from his position as Artistic Director of Pennsylvania Ballet. Over the course of his time at the Company, he successfully enhanced the repertoire with 90 new ballets and 35 world-premiere works.

An active member of the dance community, Roy is often invited as a guest instructor and has served on numerous dance panels, including the National Endowment for the Arts and the Princess Grace Foundation. He also served on the 2002 jury of the International Ballet Competition in Varna, Bulgaria and was a member of the artistic committee for the New York Choreographic Institute. He currently holds the title of Artistic Director Emeritus for Pennsylvania Ballet.

In the fall of 2017, Roy was appointed Artistic Director of the Las Vegas-based Nevada Ballet Theatre following a national search; making him the fourth artistic leader in the Company’s history. An active member of the dance community, Roy is often invited as a guest instructor and has served on numerous dance panels, including the National Endowment for the Arts and the Princess Grace Foundation.  He also served on the 2002 jury of the International Ballet Competition in Varna, Bulgaria and was a member of the artistic committee for the New York Choreographic Institute.

Clarice Geissel-Rathers enjoyed a 20 year dance career with Nevada Ballet Theatre beginning in 1983. She retired from the company as a Principal Dancer in 2004. A graduate of the North Carolina School of the Arts, Clarice joined the Arizona Ballet Theatre as a soloist and later became a member of Ballet West. She has worked under several renowned choreographers such as Sir Frederick Ashton, Toni Launders, Anton Dolin, Vassili Sulich and James Jeon. Clarice’s repertoire includes Harald Lander’s Études, and George Balanchine’s Allegro Brilliante, Serenade, Symphony in C and Concerto Barocco. She has danced numerous principal roles including Odette/Odile in Louis Godfrey and Denise Schultz’s Swan Lake, and Aurora in Sleeping Beauty as well as leads in Carmina Burana, Anna Karenina and Paquita. Clarice is a recipient of the Governor’s Arts Award for Distinguished Service to the Arts.

DODIE ASKEGARD began her training with Minnesota Dance Theatre where she trained in contemporary dance and ballet with Loyce Houlton and Bonnie Mathis. She also trained at San Francisco Ballet and in New York City with Maggie Black. In 2004, Dodie became the Director of Ballet Arts Academy and was named as the Artistic Director of Theatre Ballet of Spokane. An accomplished choreographer, she is a certified ABT NTC teacher and has been teaching ballet and modern for over 25 years. She has worked as a rehearsal mistress for The Nutcracker in Spokane, with Alberta Ballet, Ballet Memphis, and State Street Ballet. Dodie’s role with the Academy of Nevada Ballet Theatre includes teaching, coordinating with parents and students, and staging a full-length children’s ballet as part of the Academy’s annual Spring Concerts. She also works with ANBT’s Competition Team, choreographing and coaching ballet students, and most recently, she took on a new role as an instructor for Nevada Ballet Theatre’s professional company. Dodie has a Master’s degree in Dance Education.

Having an association with Nevada Ballet Theatre for her nearly 30 years in the dance community of Las Vegas, Foy also brings with her esteemed national and international industry experience. She formerly coached principal dancers for some of the world's most prestigious global ballet companies, including New York City Ballet, The Royal Ballet, American Ballet Theatre, and both The Bolshoi and Kirov Ballets, to name a few.

Foy, born and raised in London, England, started her dance career at age 16, when she was awarded a full scholarship to the prestigious Royal Ballet School. She has studied with the finest elite teachers in the world, including Dame Ninette de Valois, founder of Sadler's Wells Royal Ballet, and enjoyed a storied ballet career performing as Principal Dancer of Dublin City Ballet and appearing in many television variety shows and movies. Additionally, Foy was invited to choreograph and perform for The Summer Olympic Games in Sydney, Australia in 2000.

Foy's illustrious dance and performance career began at a young age, and she has since become a staple of artistic integrity in Las Vegas, founding the Elite Ballet Summer Intensive, and serving as Artistic Director of The Dance Center, Las Vegas' own prestigious open professional studio, and as the former Ballet Mistress for Cirque du Soleil.

MONIKA ROSTOMIAN began teaching ballet at Nevada Ballet Theatre in 2001. She came to the Academy from Russia where she received her training in the Vaganova method at the St. Petersburg (Kirov) Ballet Academy under the tutelage of famed prima ballerina Natalia Dudinskaya. She has performed throughout Europe, Asia and North and South America as soloist with many ballet companies, including Moscow Festival Ballet and Ballet of Russia. During her career she had also served as a ballet mistress and choreographer. Monika later graduated from the Moscow State Institute of Theatrical Art and was awarded its coveted teaching diploma. Her teaching skills encompass all levels of ballet and character dance, ranging from five year old beginner to advanced-professionals. She also qualifies in special training for figure skaters and in dance therapy for the psychological rehabilitation of children. Monika is dedicated to the highest standards of excellence in every aspect of her teaching. 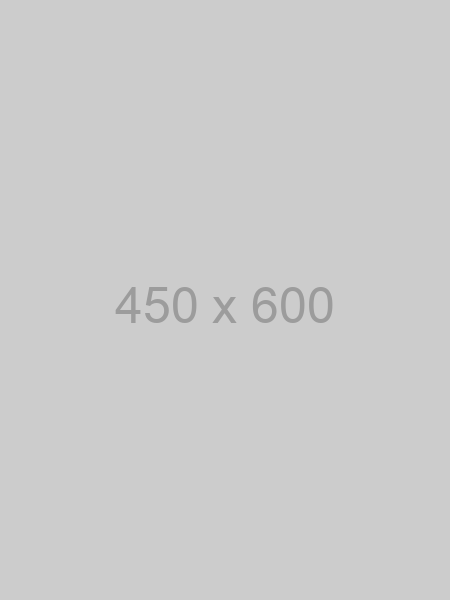